Pursuing Productivity in the Face of Growing Complexity

Pursuing Productivity in the Face of Growing Complexity

This Article originally appeared on CMSWire.com.

The introduction of information technology promised new heights of efficiency and quality in work.

But here we are in 2016 and the push-button, 30-minute-workday world is not only unrealized, it’s no closer to our current reality than when it was first envisioned.

What Do Productivity Tools Do?

I have a simplistic view of productivity: If I can accomplish the same goals but with less time or intensity of effort, then I have been more productive.

For example, to get to a 10th floor office from the ground floor lobby I can take the stairs, or I can take the elevator. The goal is identical — a 10-story gain of altitude — but there's a significant difference in terms of both time and effort expenditure between the two options. In this sense, the elevator is absolutely a productivity tool. Note that here I am focused only on the end results, which are the same.

As another example, consider the difference between walking or bicycling from my office to the train station. If my only goal is to relocate between two locations a mile apart, the bicycle seems like the more productive option, saving me time and energy.

However, although the bicycle offers speed and ease, it also incurs costs. The bicycle has to be parked and secured. Bicycling (with a helmet) will have added negative effect on my appearance. While riding I can’t operate an umbrella or mobile phone, stop to say hello to people I recognize, or hold a conversation.

I am additionally inconvenienced by the limitations of how bicycles work, especially on grounded city streets or by inclement weather.

So if I take into account the costs (of time and effort) that a bicycle requires for its successful operation, bicycling is no longer unambiguously more productive. Only through careful examination of the pros and cons can I decide if and when bicycling is a better choice over walking.

Matching the Process and the End Result

Even a “simple” technology, such as replacing paper mail with electronic mail, can’t be automatically considered productive unless both the process and the end products match up perfectly.

At the scale of a single message, the electronic medium wins hands-down in terms of cost, speed, accessibility and environmental impact, with modest losses of sentimentality and process ease.

Process also matters. The elevator saves time, but walking 10 flights of stairs is good exercise. Walking can be contemplative, whereas bicycling can be thrilling. Writing, typing and voice recognition stir up different feelings.

Risk calculations are also part of the equation, although for this Articles I’m ignoring them. Elevators, stairs, sidewalks, bicycles and even communicating all come with some risk, but calculating risk is complicated and highly contextual.

In reality, when a productivity tool is implemented, it can usually do something beyond the original task. The tool may introduce new possibilities that can both help and hinder the original process.

Editing an electronic document (i.e., word processing) is faster and nimbler than editing on paper, with the added bonuses of automatic spelling and grammar checks, hyperlinking, change tracking and versioning. Yet because of this we create more drafts, fill our drives with clutter, over-trust our checkers and forget how to spell, and fill our lives — and the lives of our colleagues, customers and supervisors — with more and more review cycles.

The easier it is to use, the more we try to do. We fill the open spaces with additional activity.

Clearly, “easy” is not the same as “productive.”

Productivity gain is personal. Anyone who has ever scanned a check into a smartphone, paid a bill through online banking or renewed their car registration at a website can testify to the efficiency of IT. Time and fuel have been saved, if not actual money.

Whether or not there’s a behavioral change on top of these efficiencies depends on the people and business involved, and whether there’s the possibility of improvements with scale.

It Doesn’t Have to Be Perfect to Help

A few years ago I was helping a company review how it managed its electronic content. While shadowing an employee to see how she did her job, I discovered that she put all incoming email messages into folders labeled with the names of the sender. Essentially she would receive an important attachment from a co-worker, and then save that message in a folder named after the co-worker.

Knowing that these attachments were available but completely unrelated to the specific co-worker, I found her idiosyncratic approach a bit alarming. But she was surprisingly enthusiastic, and for a simple reason: for years, co-workers communicated using physical interoffice envelopes placed in metal carts that were pushed from one floor (or building) to another.

With the new system, she no longer has to use paper envelopes sealed by a string. The lesson is that even a bad organizing system can still save time and improve productivity.

One way IT beats out manual processes is in calculating quantitative metrics. Keeping track of output manually is time consuming in itself, whereas automated processes can be set up to collect data in an automated way.

Further, as reporting becomes efficient, the quality and speed of decision-making improves, leading to even more benefits. In other words, automated analysis tends to bring first- and second-order wins.

The decision regarding what to measure is still as much of a challenge as it always was, but once something is being measured, there’s far less subjectivity in the recognition of improvement or lack thereof. Feedback is an incredibly important metric for changing behavior, and is a key component in effective governance. After all, if we’re looking to increase productivity, we need a way to measure it.

But that doesn’t mean qualitative measurement is any easier.

At the heart of the productivity paradox lies the issue of measurement. Erik Brynjolfsson in his 1993 paper, "The Productivity Paradox of Information Technology: Review and Assessment," offers four possible explanations for the paradox, including mismeasurement of outputs and inputs, lags due to learning and adjustment, redistribution and dissipation of profits, and mismanagement of information and technology.

When we imagine “simplifying” our lives, it is these “problem experiences” we are trying to avoid: the mistakes, delays, losses and confusion that complexity brings.

Productivity in the knowledge economy is a lot more difficult to measure than in more quantitative environments (e.g., manufacturing workflow, sales efficiency, logistics) for the very reasons Brynjolfsson suggests.

Consider again whether electronic messaging is of a higher quality than paper messaging. Despite the numerous “productivity functions” most email applications provide, the complexity of the digital environment contributes to numerous errors of communication: writing, receipt, comprehension, message management.

The benefits of speedy writing frequently are counteracted by speedy reading, carelessly fast processing and information overload. The great ideas of email and bicycles must, so it seems, be balanced against the overcrowding of inboxes and roads.

Ultimately, complexity is the cost of intelligence, or of trying to capture that intelligence.

Both beehives and human cities are generally more efficient models for interaction, with greater energy conservation, less confusion, less “loss” per capita. But unlike city planners, bees are completely unaware of the system.

As humans, we have the ability — actually, the responsibility — to step back and be smart about how we design our models. Clearly systems supported by IT are more complex in their implementation, but usually IT doesn’t proliferate without a business reason. It’s those business reasons that are complex; IT just allows them to be more quickly realized.

The same technology that processes millions of bank checks also, if hacked, releases personal information for millions of people. Most of us have been stymied by the “our computers are down” syndrome that brings retail stores, hospitals and the federal government to a halt from time to time. And you can lose emails and documents if your hard drive crashes, or if you lose or damage your device.

Yet no matter how painful these experiences can be, we will always pursue technology as part of the information solution, because information productivity can’t be managed without at least some technology. Let’s just remember that the features and limitations of technologies also must be managed (and modeled), alongside our information.

Learn to Pick the Winners

It is difficult to name a single factor that affects productivity more than another. Before-and-after technology scenarios are very different and often hard to compare, because technology changes the model it is supposed to enhance.

Does that mean we should give up? Of course not.

IT will always have its winners and losers, just like in everything else, and with experience we should get better at picking the winners.

What’s more important, I think, is that we work to reduce friction and maximize the productivity of whatever information and technologies we have right now, long before we invest in new tools for doing so. Maybe at some point there will be an inflection point, and the metrics will show that IT has truly made workers more productive.

We're passionate about enterprise data and love discussing industry knowledge, best practices, and insights. We look forward to hearing from you! Comment below to join the conversation.
Beware These Common Digital Transformation Pitfalls 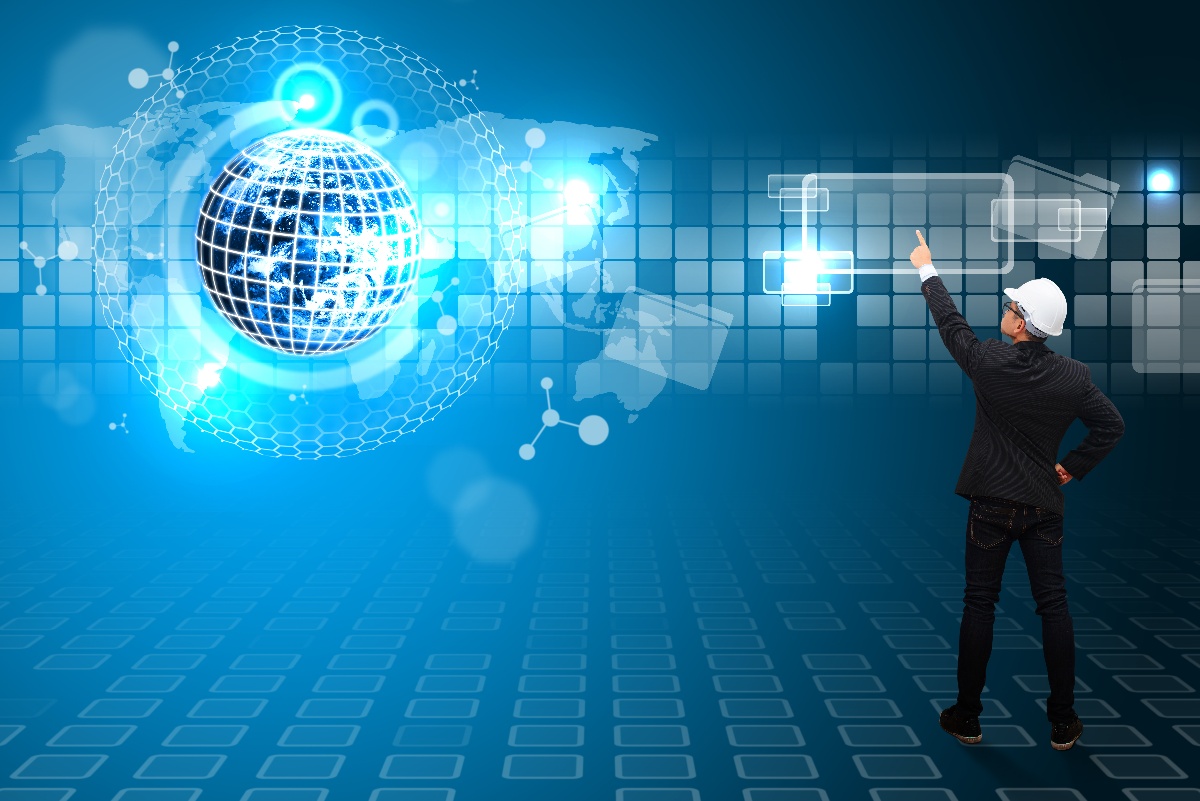 Harness the Power of AI 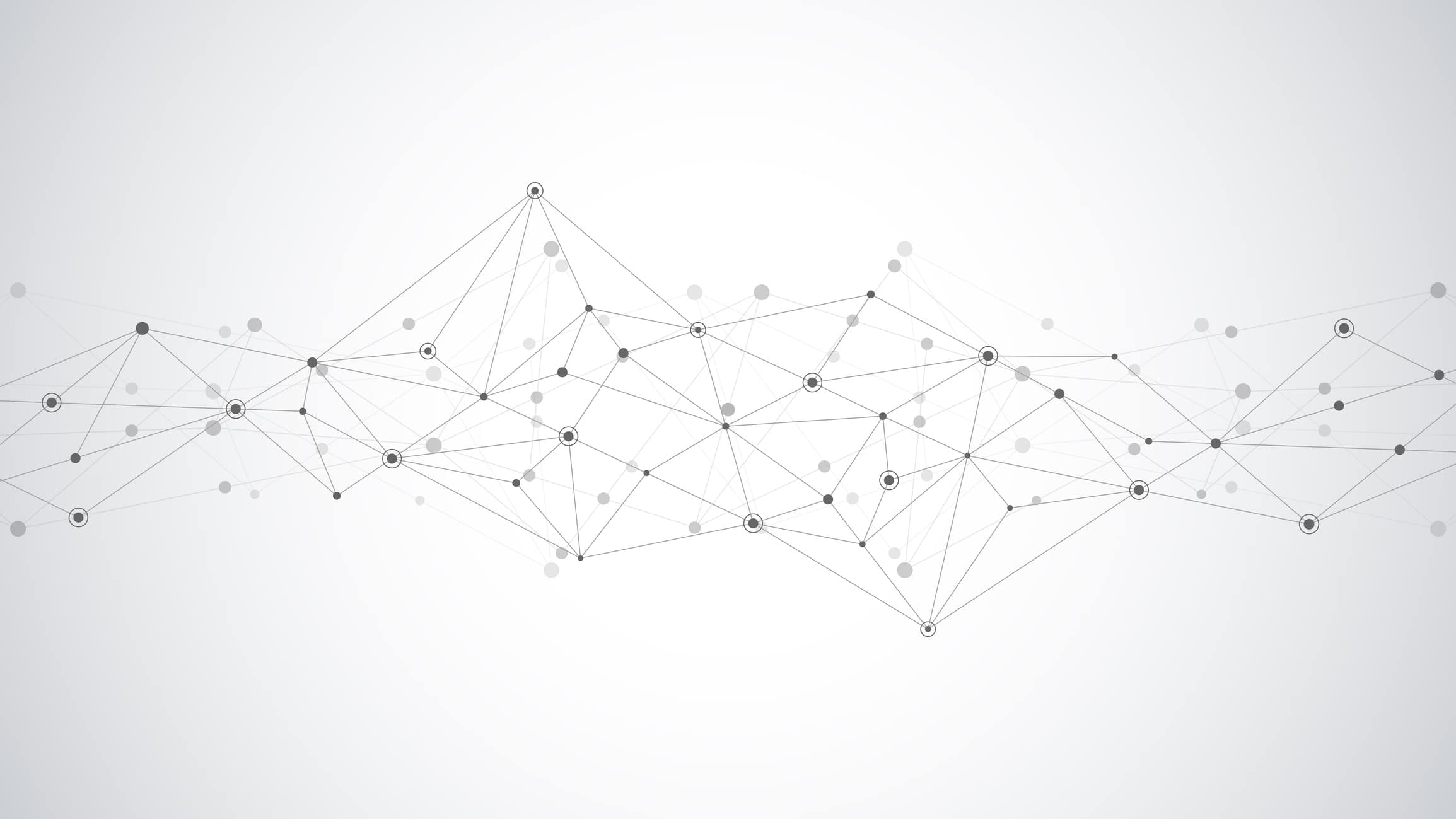 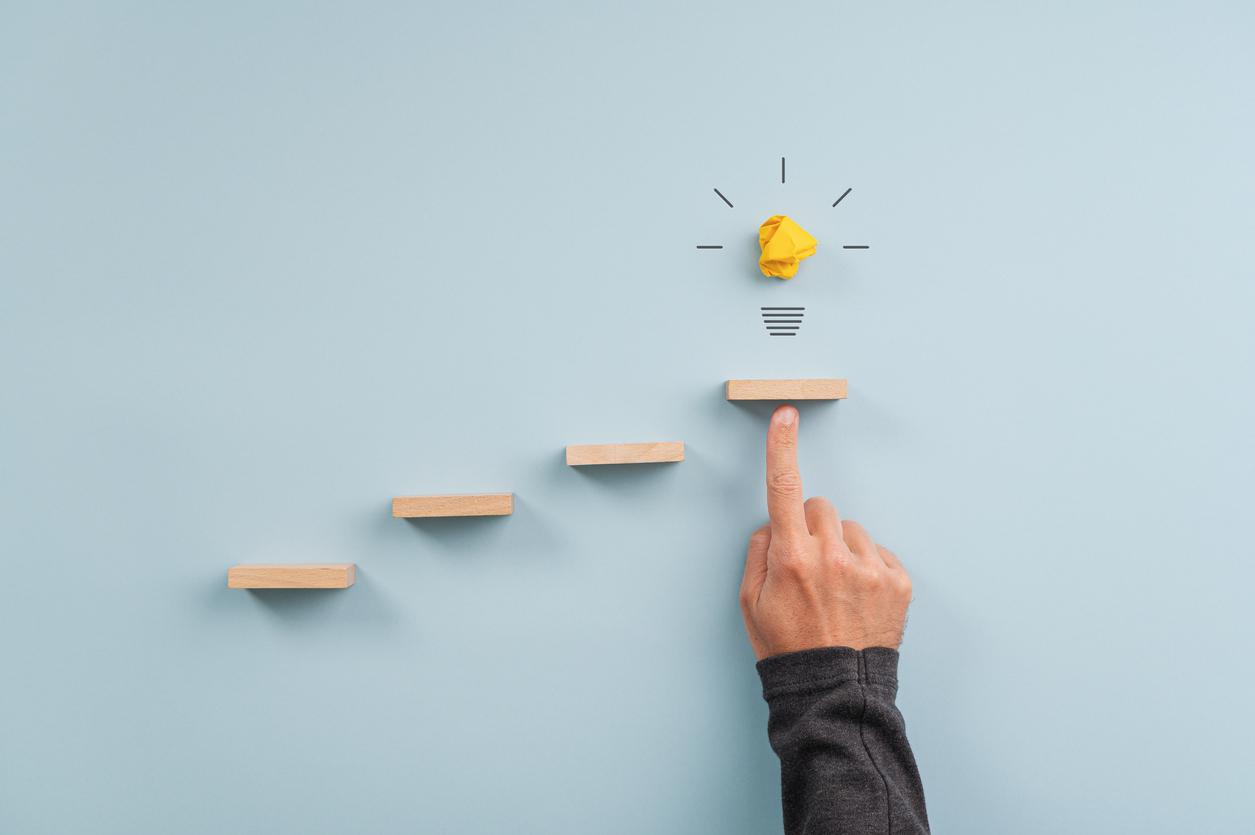 Personalization - 3 Ways to Use Data to Guide Decisions 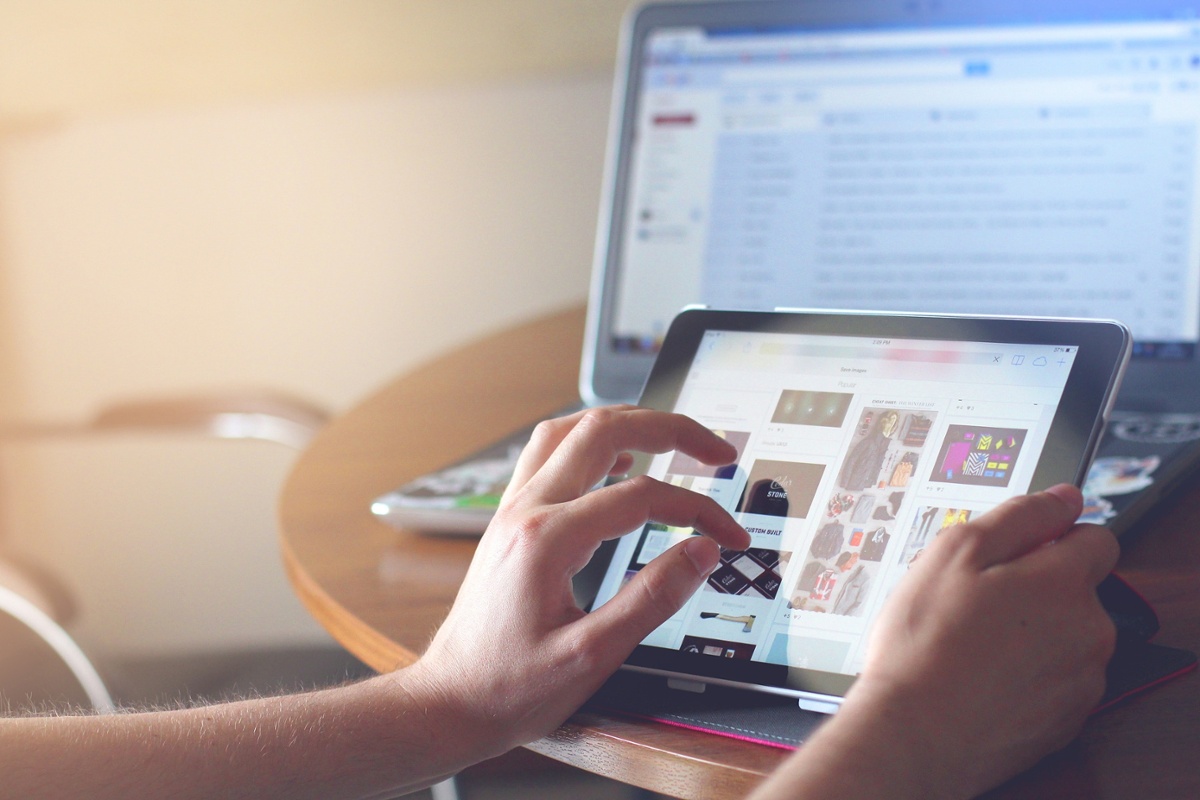 5 Misconceptions About Data and AI Projects 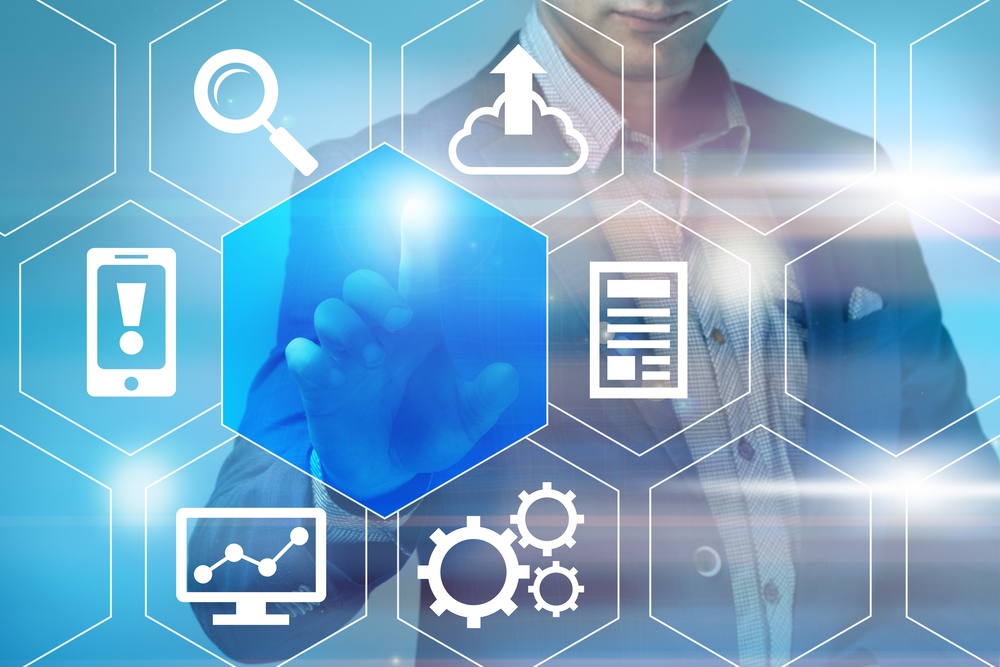